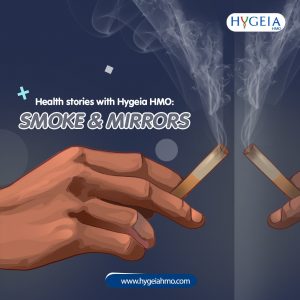 The commonest way tobacco is consumed is by smoking cigarettes. Indeed, it is a multi-billion dollar industry. Smoking is linked to a lot of cardiovascular diseases, stroke, and lung cancer.

According to The Tobacco Atlas, there are over 7 million smokers in Nigeria. Most of them are male and can be as young as 15 years old when they start. In this first edition of Health Stories, we got talking with a 30-year-old medical laboratory technician who smoked for 12 years before quitting.

What was a typical day in your life like?

My day started out with a smoke usually between 6 am and 7 am before leaving for work. I used to work as a technician at a diagnostic centre. Usually, I needed 2 to 3 ‘sticks’ of cigarettes in the morning to be able to function that day. I also smoked during the day, in the course of work, depending on how hectic the day was. The more stressful work was, the more I smoked. I usually smoked 2 to 3 sticks on calm days at work and up to 6 sticks if it was very stressful. I smoked during my break time as it was the only time I could do so without being seen. My boss smoked as well, and he was not bothered by my smoking because I did my job well. In the evenings, after work, my boss and I often hung out to smoke and drink as well. At the end of the day, I usually ended up smoking about half a pack of cigarettes on average (a pack contains 20 sticks of cigarettes) 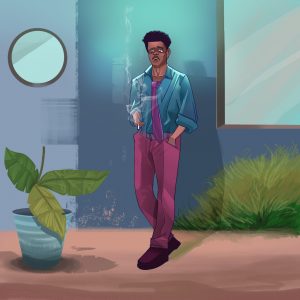 Tell me about when you had your first smoke

I started smoking in 2008. I was 18 years old and staying with my cousin while awaiting admission. My cousin was a chain-smoker and I was influenced by him. My first stick was weird, I coughed a bit but I liked the feeling I got whenever I inhaled. I did not ‘graduate’ to marijuana though because I saw how it affected those that smoked it. Also, I did not like the smell. I kept smoking cigarettes because I found that it was a good way to relieve stress.

When did your realize you couldn’t go a day without smoking?

I found this out in a weird way. I was back with my parents because I was doing my Industrial Training after my Ordinary National Diploma, and I forgot to smoke at my usual time at work because I was very busy. My parents are very religious, in fact they are church leaders, so I never smoked at home. I managed for that day but by the time I got to work the next day, I was jittery and could not concentrate. I kept having tremors and I knew that I badly needed a stick. I eventually got one to smoke and I felt much better.

It was my boss that gave me the cigarette. He noticed how I was acting and asked me some questions, then he gave me a stick.

Woah! That is interesting. Do you recall any times when your smoking affected a relationship?

I remember when my parents found out that I smoked regularly. Like I said earlier, I am from a very strict religious background, and my parents had very high expectations of me. I used to seclude myself a lot to hide the smell from them. I think things got to a head when I had a seizure at work and it was revealed that it was cigarette related. I eventually lost my job due to the stigma attached to epilepsy and I became depressed afterward. Let’s just thank God for life.

Tell me about how smoking affects your finances

I spent a lot of money on cigarettes. I would say about 80% of my salary as the average cost of a pack of cigarette is about N500

I started working at the lab during my IT following my Ordinary National Diploma (OND) and I stayed back afterward. The pay wasn’t great, but it was enough for me to save towards my Higher National Diploma (HND). But I didn’t, because I spent most of it on cigarettes and alcohol. I didn’t really calculate it back then, but I know I always had a pack or two of cigarettes on me.

How much do you smoke now?

I have stopped smoking. The seizures got worse. In fact, during one of the seizures I injured my wrist seriously, so I realized that I had to stop.

Can you tell me about the times you tried to quit?

After my parents found out, they sat down with me and tried to talk sense into me. But quitting was really difficult to do. Especially because I used to hang out with friends in bars and the smell of the cigarette smoke was just too enticing. It was like perfume to me, perfume that I wanted to inhale so badly. I noticed that every time I tried to quit, the intensity of my smoking increased. At most I would go a few days without smoking, but the twitching and the trembling were just too much. So, it was virtually impossible for me to quit without professional help which I eventually got from a hospital. My parents actually forced me to go to one after my seizures got really bad, and I was admitted and helped to stop smoking. 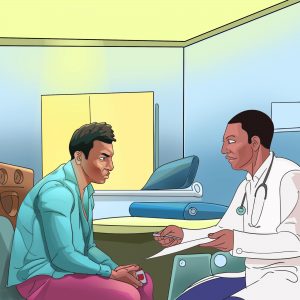 Stress. This is the topmost reason. Nigeria is a stressful country on its own. Another thing is when I am hanging out with my friends or when I get a whiff of cigarette smoking.

What do you think about smoking and its associated health hazards?

Before things got really bad, I used to think that there was no danger in smoking. In fact, many arguments with friends who tried to get me to stop usually ended when I pointed out a host of successful people who were smokers and did not seem to be having any problems. You know, in Nigeria, smoking is associated with being a ‘never-do-well’. I changed my mind though when I had to do a lung function test and I saw how smoking had affected my lungs. Also, when I was told about the link between smoking and my seizures. Those were some of my motivations for quitting.

What would you do differently about your smoking?

I would never have started smoking. I lost my job because of smoking, and I also lost a lot of my friends due to the stigma associated with epilepsy which I developed as a result of smoking. I think the most painful of all was losing my admission in school. The issues that smoking caused me made me unable to go back to school, and also ostracized me from my family. It has been a lonely world, but I am hopeful.

What’s your outlook on life now?

Well, my relationship with my family is improving. Also, I have a new job and I am planning to go back to school as well. I know I have lost a lot, but I believe I can turn things around. I am willing to try.

Thank you for your time.

Alzheimer’s Disease: How To Protect Yourself

Why You Need To Donate Blood