Being Alone Is Not Easy: Health Stories With Hygeia HMO

Being Alone Is Not Easy: Health Stories With Hygeia HMO 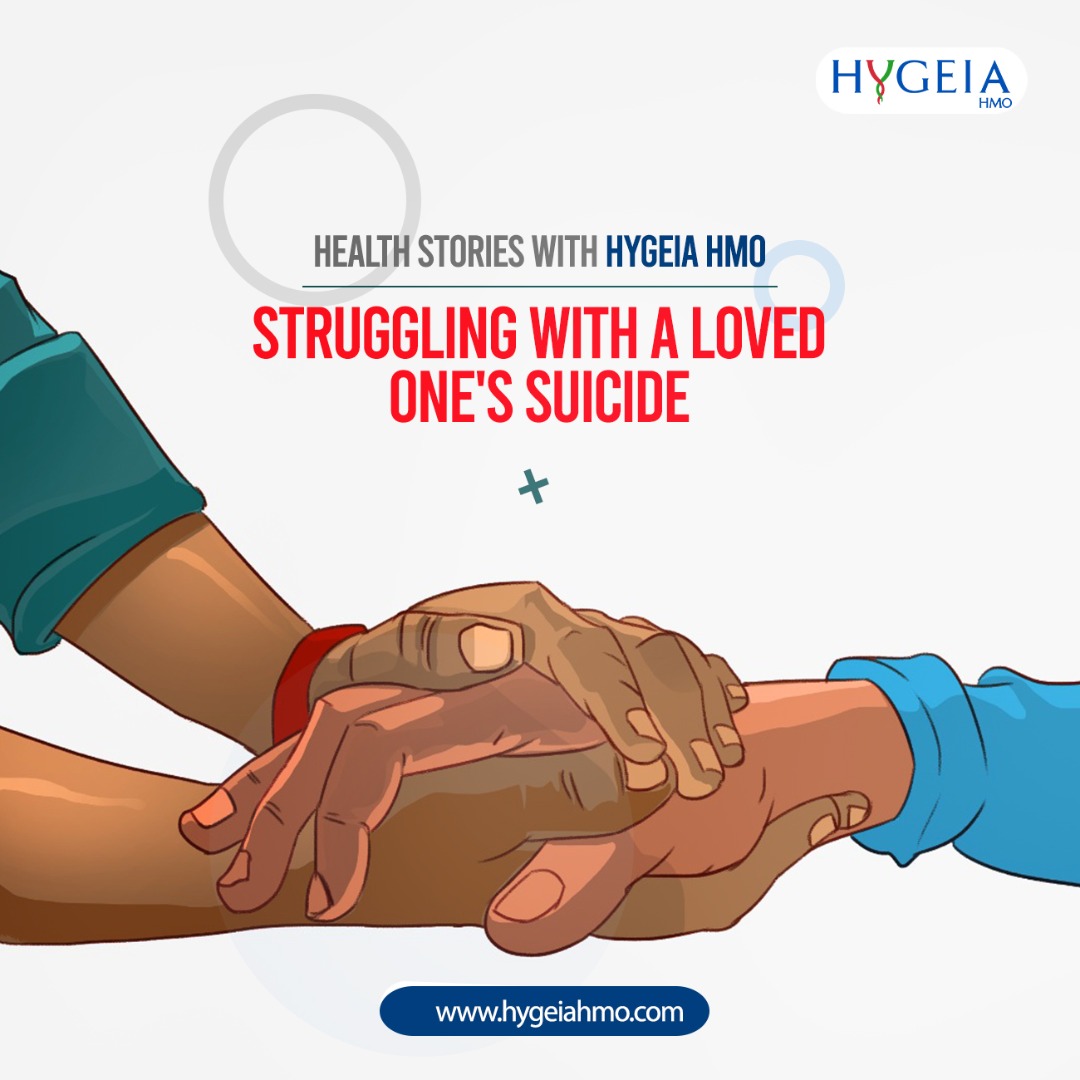 This edition of ‘Health Stories’ we had a conversation with a man whose brother committed suicide over a year ago, how life has been without him and what he looks forward to.

What’s your earliest memory of being happy?

This question makes me wonder if I have been happy before. I know the answer is yes, but the memory that comes to mind is how I felt when I got into the university after a couple of attempts. I was happy and felt accomplished because I had put in a lot into preparing. So, I guess that is my earliest memory of being happy.

Yeah, Jamb can be tough

I think ehm, apart from the disruption in the world, it has been like any other year. I have made some progress in some of the plans. It has been a tough experience because I lost my brother a year ago, and I find myself wondering from time to time what life would have been like if he was still around.

Overall, it has had good parts like getting a job and having a better handle on my finances, and bad parts like the pandemic and getting some rejections from opportunities I applied to.

I haven’t spent more than N5000 on myself, but we spent over N2m on my mum’s illness recently. She had a diabetic crisis, and it was not easy at all. I think it opened my eyes to the reality of most Nigerians and how they pray they don’t fall sick and they ‘faith’ their health.

So, what do you do when you feel ill?

Did you know there was something wrong with your loved one?

My brother and I were close, but we had some space for our individual lives. Still, we were always aware of the important happenings in our lives. He was always more into the arts, he used to write and sing, and I know that he struggled with school. At some point, he even wanted to drop out.

He had support from home concerning his academic struggles. I always told him to finish at his own pace and that an extra year was not the end of life. I also felt that finishing school would help him in some way in pursuing his passion.

He wasn’t the chatty type, but there was nothing that was out of the ordinary to suggest that there was something wrong.

How did you feel when you got the news?

So, I didn’t get the news, like I was somewhere and I got a call.

I’ve replayed that day many times recently. It started out with a call from my brother early in the morning that I should come and pick him up from school. He wanted to come home that he was not feeling too good. But I had a lot of activities outlined for that day, so I told him I’d pick him up in the evening on my way home. He was ok with that arrangement, so I went about my day.

Then I got a call from my dad when I was at Ikeja that my brother was ill. I left for his hostel and on my way, I was told that he had been rushed to a nearby hospital. I was wondering what was wrong on my way to the hospital. I was praying, but it was not out of fear actually.

When I got to the hospital, I was told that the doctors were with him initially. Eventually, they broke the news, and I was numb initially, my mum was hysterical.

But I was just numb, just numb.

So, how did you know it was a suicide?

When I had access to his phone, that was when I figured it out. Initially, they thought he had a heart attack or something. But when I got his phone, I saw the suicide note.

At that point, I was angry, because we had an unspoken rule that we shared any problem we had. Things haven’t been so great at home, but we were getting by.

I was angry because I felt that it was selfish. I wish he had reached out to me and told me what was going on. I later found out that his girlfriend had prevented an earlier attempt. I wish she reached out to me, but I am sure my brother would have prevented her.

I wish I had been able to help. But I do not blame myself or blame anyone.

Before then, how did you view suicide?

Omo, I won’t lie to you. I just viewed suicide from the textbook angle. I did a course in the final year in school where we learned about depression. So, I just had the theoretical knowledge about it, and I had read about popular people that have committed suicide.

It’s different when it happens close to home.

How have your family and friends cope with his passing?

I can’t say this is how we have coped, because there is a huge crack. My parents were already struggling, and this has made it worse. It has even changed them, one of my parents has become more spiritual.

I haven’t spoken to most of our mutual friends. I guess it is because the conversation is just hard. His girlfriend reaches out from time to time as well, but we don’t really talk about him.

Overall, it has further divided us.

So, what’s your strategy for staying mentally healthy?

Initially, I put my entire being into my faith. I usually cried into praying or prayed into crying. Then, I did a lot of reading on emotional intelligence and dealing with emotions. My friends were bothered about my mental health when it happened, so they got me a therapist. It wasn’t the best by the way, but it helped. Then I categorize things into two, things I can do something about, and those I can’t do anything about. I throw the latter into the dustbin.

I also have an open up policy. Someone, not one particular person, but someone always knows how I am feeling at every point in time.

On some days though, none of it works.

I hope we have figured out mental health before the turn of the century.

What are your fears about the long-term effect of suicide?

I am afraid of going the same way because I realize that I am susceptible to mental health struggles as well. That is one reason why I appreciated the therapy my friends got me.

Another fear I have is losing my parents and the effect of the loss of my brother on them. Also, I worry about when I have my own family. I wonder what my approach will be towards them.

There’s also my worry about its effect on my relationship and my marriage when I eventually get married. My partner has her mental health struggles, and I worry about her getting to that point now.

What keeps you going?

I hope that my life means something and that my life will be an impactful one. I remind myself that this is part of my story.

Do you know anyone who has lost someone?

How has it affected your relationships?

It has made me hyperaware of mental health struggles and the importance of building resilience. Also, it weighs me down when I hear words like

What are some common misconceptions about mental health?

Also, people are beginning to romanticize mental health. They use those terms loosely. “I am depressed” and all that.

If you could say something to him, what would it be?

Do you have anything to say to someone struggling with their mental health?

If you are struggling with your mental health or suicidal thoughts, please, I just want you to know that it may feel like no one understands your pain. Nobody gets what you are going through. It is one of the lies to make you feel like you are alone. There’s someone there for you if you would allow them. Gradually, you will see that your being around is not just to occupy space. Your absence will change those people’s lives forever, and their lives will never be the same.

There’s help, and please reach out to someone. Especially the people that love you. There are also organizations that can help you as well.

Also, please reach out to people.

Why You Need To Donate Blood

What To Do If Someone You Love is Considering Suicide