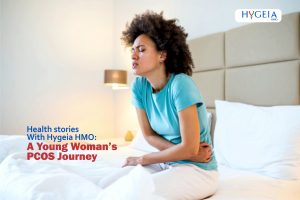 This edition of ‘Health Stories’ focuses on a young woman in her mid-twenties who has had Polycystic Ovarian Syndrome – PCOS for 4 years and she shared her story with us.

*PCOS is a condition that affects the hormones in a woman’s body, making her produce high levels of male hormones than normal. It can affect a woman’s ability to conceive and cause other health challenges.

What’s your earliest memory of a hospital?
I was about 4 years old, and I had malaria. They wanted to give me an injection, and of course, I was screaming. My mother had to pin me down. (Laughs)

How has 2020 been so far?
Snickers
I didn’t expect this year to be like this. It has been very unpredictable. But it has been a year of growth for me. I just make sure that every day, I do my best every day to ensure that my life means something, because that’s what makes life worth it to me.

What’s the most you’ve spent on healthcare (yourself or for someone else)
Hmm… About 5k, I have health insurance, so I rarely spend money on hospital bills.

So, what do you do when you feel ill?
I go to the clinic or emergency room whenever I feel ill.

When did you first suspect there was something wrong?
About 4 years ago now. I wasn’t seeing my period, and I knew I was not pregnant. Then I started spotting frequently, sometimes I even got stained. After 6 months of this, I went to the clinic and had to run some tests, along with ultrasound scans. I had to do the scan twice because the first one was not clear enough. I did it in a government hospital, and the second one was in a private facility. Well, the doctors explained what PCOS was, and they told me that it was a serious cause of infertility and that I had a high risk of having diabetes. 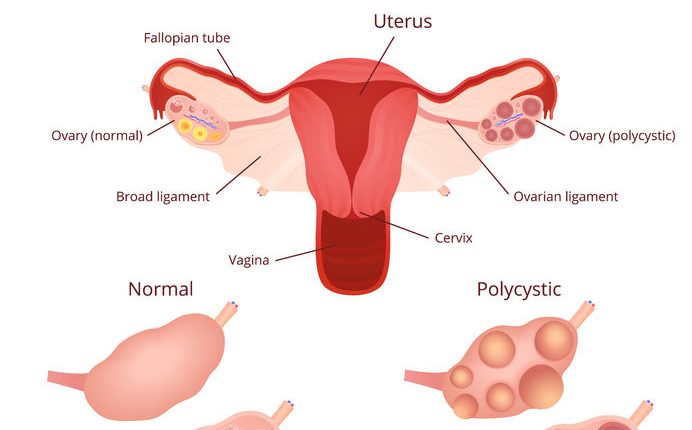 How did you feel when you got the diagnosis?
It took about 6 months before I got a diagnosis so I was very tired. I was just happy to have a name for whatever was wrong with me. Also, the doctors were understanding and they told me that it was a manageable condition, so I was OK.

Before then, had you heard of PCOS?
Before then, I had not heard of PCOS. When it was still a suspicion, I mentioned it to a friend, and the friend exclaimed. That was when I suspected that it was something serious.

How have your family and friends coped with the news?
I have not told my family about it. Some of my friends know because they were there when I was going through everything. I don’t think my family will understand. They may make a big deal out of it, or make it spiritual.

What are your fears about PCOS?
I think my biggest fear is infertility because women with PCOS hardly ovulate. Apart from infertility, another fear that I have is having diabetes, because I have a family member with it already. So, PCOS increases my risk.

So, what’s your strategy for staying healthy?
I think working out helps. I have not been very consistent with it, but when I work out regularly, I’ve noticed that I have spontaneous bleeds. And that’s something someone with PCOS wants.

Also, diet, but I have not been able to diet because I am not in control of what I eat for now. I’m still reading up on the dieting aspect. But I believe the aim is to avoid getting obese.

What are your symptoms, and are you on any drugs?
Well, amenorrhea (absence of menstruation). I am not obese because I was even underweight when I was diagnosed. The hirsutism isn’t so bad because I am not hairy.

I was on oral contraceptive pills (OCPs) and it helped with shedding the lining of my womb. The doctors told me that the shedding of my womb’s lining at least four times a year is necessary to prevent endometrial cancer.

Which symptom bothers you most?
Laughs

Well, I have hirsutism to some extent, there’s also acne and I struggled with weight gain as well.

Not having to worry about menstrual pain is a plus, in my clinic, the target is three or four bleeds in a year to avoid the lining of my womb becoming too thick. So, I don’t miss menstruation at all.

But I think if I had hirsutism really bad, I’d be very bothered.

For weight gain, I am currently not on any drugs, but when I was on OCPs, I gained a lot of weight. I used to look round and shapeless, and I almost got depressed over it at some point. So, I stopped taking it regularly, I only take it when necessary, that is when I have to bleed. The target is to make sure I bleed at least once every 3 months. Although the weight gain has stopped, I find it hard to lose weight these days.

I’ve struggled with acne a lot. That also made me really sad. I just started treating it about 3 or 4 months ago. I’m attacking what causes it more or less. Making sure that my pores are not clogged and moisturizing regularly as well.

What keeps you going?
I think I’ve seen worse situations and worse things have happened to me, to be honest. It was tough at first. I was practically going through it alone, and my studies suffered a lot. I was very unstable, and I could not tell anyone. I even failed some exams in school during that period. I was also supporting myself financially back then, so it just felt like a lot. It was a really sad time. But, well (laughs) it was just one of those experiences.

I’ve realized that I am responsible for my happiness. In this life, I’ve got only myself. I can only bank on myself so I just have to keep myself happy. That’s what makes life worth it.

Do you know others with PCOS?
Well, I know two people. One is more like an acquaintance, and the other is a classmate. I met the latter in the clinic and that was how I knew. I think it is more common than we think.

How has it affected your romantic relationships?
I already knew about PCOS before my current relationship started, and he understands. He’s a doctor, so he encourages me. I’m even the one that’s bothered about it.

What are some common misconceptions about PCOS?
I think a lot of young women have it, but we don’t discuss it. So, I think each of us has an understanding of it. I’m grateful I have access to accurate information; I wonder how the average Nigerian without access to healthcare will be going through. 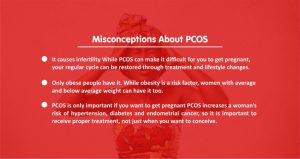 Has PCOS affected your outlook on life?
I’d say it is part of what has influenced my attitude towards life. In all, I think experiences like this make you more ready for life. I mean, when things like this happen, you just have to take your situation and move on.

One more thing I just remembered. I really think the woman with the issue of blood in the bible may have had PCOS that never got treated.

Crazy but think about it.

Amenorrhea – Absence of menstruation (one or more missed periods)

Hirsutism- A condition in which women grow hair in male-like patterns e.g a moustache

A healthy diet for people with PCOS is aimed at ensuring that they do not develop diabetes and do not become overweight.

So, eating natural unprocessed meals, high in fibre, with vegetables, nuts, fruits and healthy sources of fat such as olive oil, avocados and coconuts is highly recommended.

You Can Get Your Blood Pressure (BP) Under Control

Meet The Top Rated Hospitals in Nigeria For Q2 2019

Feeling Low In The Afternoons? Here’s How To Energize Your Day Healthfully